On behalf of Novartis Oncology, we are delighted to invite you to participate in a webinar entitled Systemic Mastocytosis: Discover the New Way of Learning

We hope that this webinar will provide an engaging and informative
opportunity for you to further your knowledge of systemic mastocytosis
and its diagnosis. The main objectives of the meeting are to:

If you are interested and available to participate in the webinar, the details for the session and the registration link are below:

We would greatly value your participation in the meeting and look forward to welcoming
you to the event. 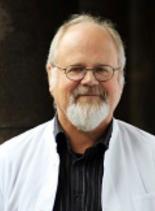